Is buying organic fruits and veggies really worth the extra money you’ll have to shell out?

The EPA and most news sites insist there’s no difference between food grown using conventional methods and those using organic ones (aka with or without pesticides). Proponents of organic farming and sustainability disagree.

What’s the truth? Will paying extra for organic really change anything in your life?

Let’s find out. We’ll look at the differences between the two when it comes to:

Effects of pesticides on nutrition content of your food

Are organically-grown fruits and veggies actually healthier than ones grown using conventional methods?

In a meta-analysis of 343 studies, the review found that organic crops had higher levels of some antioxidants (like flavonols and polyphenols) and that eating organic foods could boost your antioxidant intake by up to 40% (aka two servings of fruits or veggies per day).

What are antioxidants and why does it matter how many we’re getting?

To put it simply, antioxidants helps counteract oxidative stress in our bodies, which is caused by a ton of things, including:

Intake of flavonoids is also associated with a decreased risk of cardiovascular disease.

When it comes down to it, antioxidants are necessary for you to maintain optimal health and organic produce contains more of them than conventional.

[Quick aside: The sooner you eat a food after it’s picked, the higher the vitamin content. Many vitamins, like vitamin C, start degrading as soon as a plant is harvested, so peppers coming from two countries away are going to have lost a significant amount of their vitamin C before they get to you. Shopping at farmers markets or signing up for a CSA are good ways to ensure you get food grown close by].

Effects of pesticides on your health

The EPA says that food grown using pesticides is safe to eat and you shouldn’t worry about pesticide residue.

Here’s the thing though: the EPA accepts safety data from industry-funded studies. And to no one's surprise, those studies almost always get results that are favorable to the pesticide industry. Conflict of interest, anyone? And while this doesn’t definitively prove that all pesticides are unsafe, it certainly casts doubt on the validity of the studies.

If they really were all that harmless, there would be no reason for the government to bother to regulate them, but it does.

Also, safety studies typically only study the active ingredient in a pesticide, but don’t study the safety of the formulation as a whole. The additional ingredients in pesticide formulations can have significant impacts on it's actions, like increasing it’s ability to penetrate the cell wall of plants - but it turns out that can increase it’s ability to be absorbed by your skin as well.

It’s not surprising that pesticides are now being linked with Alzheimer’s disease, ADHD, Cancer, hormone disruption, and birth defects, despite how safe the EPA claims they may be. Scientists may not be able to precisely quantify the exact degree of harm they cause, but that doesn’t mean that all pesticides are safe for you.

If crops are grown without pesticides, it seems obvious that fewer pesticides will get into the soil and water, food will contain less of them, and if you’re a person who eats organic foods, you’ll have a lower levels of pesticides in your body.

Effects of pesticides on the environment

Without a doubt, pesticides can contaminate soil, water, and other vegetation.

In addition to killing insects or weeds, pesticides can be toxic to an array of other living things, including fish, birds, beneficial insects, and non-target plants.

An example of the damage these chemicals can cause is the rapidly disappearing honeybee.

We depend on bees for the pollination of almost a third of our crops, including apricots and almonds. Starting in 2006, the population of honeybees has taken a complete nosedive, and scientists think it’s in part due to high exposure to pesticides (specifically a class of insecticides called neonicotinoids). The EU has banned most neonicotinoids, but they are only banned in a few states in the US.

Organic farming, on the other hand, uses methods intended to build healthy soil, combat erosion, encourage biodiversity, and support water conservation and health. Buying organic or sustainably-grown produce helps supports these practices and the health of our planet.

So what’s the bottom line?

Organic and sustainably grown produce has a net positive impact on the environment and your health.

Conventionally grown produce? Not so much.

If you want to avoid the detrimental effects pesticides could have on your health and the planet, organic is the way to go. I would recommend this way of eating especially for children and women trying to conceive.

That being said, conventionally grown fruits + veggies are certainly better than none at all.

And going completely organic can be more expensive and may not be realistic for everyone.

If that’s the case for you, the Environmental Working Group has a couple handy dandy lists to help you out. The Dirty Dozen is a list of the fruits + veggies highest in pesticide residue; you’ll want to buy these organic whenever possible. The Clean 15 lists the produce lowest in pesticide residues, and are safer to eat if they’re not organic. 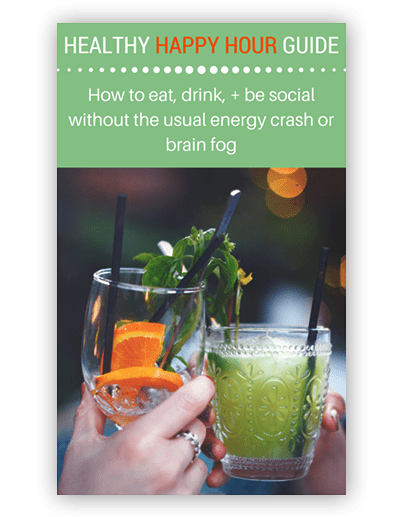