Do You Really Need To Lose Those Last 10 Pounds?

Have you ever heard someone say “they just look unhealthy”?

Or “I need to drop these last 10 pounds and get healthy”?

My guess is that if you’re a person, who’s alive, with ears, then you probably have.

This perfectly exemplifies a common health narrative we tend to accept as true.

It says that weight equals health and that losing weight is the best way to get healthy.

And it’s understandable that so many people believe this.

Many doctors tell us weight and health are the same things.

The media and popular culture tell us they are. Insurance companies agree and offer incentives for losing weight. In fact, there’s a $68 billion industry dedicated to selling weight loss as a means to pursue health.

But is this actually true?

There are two misconceptions I want to unpack in this post.

Let’s break them down.

Is health determined by weight?

The notion that the skinnier you are, the healthier you are, is commonly accepted as fact in our society.

We’re told that people who are “overweight” or “obese” are going to die sooner, and fall victim to other diseases at a much higher rate than people who are on the thinner side.

This is actually a false assumption.

Many epidemiological studies indicate that people in the “overweight” category on the BMI scale live at least as long (sometimes even longer) than people who are in the “normal” category.

There was a pretty comprehensive review of the research which pooled data from 26 different studies and ended up finding that being in the “overweight” category doesn’t do much to increase the risk of mortality.(1)

An analysis of the National Health and Nutrition Examination Surveys I, II, and III, which followed the largest nationally representative contingent of Americans, also determined that the “ideal” weight for longevity was in the “overweight” category.(2)

Don’t worry, this doesn’t mean that if you’re in the “normal” category you need to intentionally increase your weight to get into the overweight category. It’s simply showing us that health is more than just the number on the scale.

The truth is that you can be healthy up and down the weight spectrum.

You can also be unhealthy up and down the weight spectrum.

You can be “overweight” and healthy. You can be skinny and unhealthy just as easily.

Take for example someone who is naturally lean, but never exercises, hasn’t eaten a vegetable since 2010, is constantly stressed out, and smokes.

Then think about someone who is technically in the “overweight” category on the BMI scale, but eats a balanced diet, moves their body regularly, is a generally happy person, doesn’t smoke or drink, and gets plenty of sleep.

Who do you think is healthier?

Professional athletes are another useful example.

Nearly every NFL player is in the “overweight” or “obese” category. But just because we know someone’s BMI doesn’t tell us how they live their life, what habits they keep up, what their blood markers are, or how healthy they actually are.

Reducing them just to a number on a scale or a BMI chart to determine health takes a flawed and myopic view.

If we looked solely at weight as a determinant of who was healthy and who wasn’t, we’d be missing the bigger picture: that healthy behaviors are a much better predictor of health.

But what about all the science that says being fat is a health risk?

It may be true that the further toward either end of the weight spectrum you are, the less likely it is that you’ll be healthy. However, the fear around excess weight seems to be largely overblown.

It turns out that epidemiological studies don’t usually acknowledge factors like nutrient intake, fitness level, daily activity, socioeconomic status, or dieting history when they consider the relationship between weight and disease, even though all of those things certainly play a role.

When studies do end up taking those factors into consideration, heightened risk of disease is either significantly reduced or disappears.

The most likely explanation for this is that the lifestyle factors listed above increase disease risk, while also increasing the likelihood of weight gain.

The bottom line here is that body diversity is totally natural and there isn’t one cookie cutter way to look (or weigh) that means we’re healthy.

Losing weight (and going on a diet to do so) will make me healthy, right?

Along with the common assumption that weight is the problem, comes the idea that dieting is the answer.

This too turns out to be untrue.

First off, there’s not much evidence that dieting even works in the long run.

Second of all, it turns out that dieting can actually have harmful effects on us.

Frequent dieting for weight loss has actually been associated with increased morbidity and mortality risk, reduced bone mass (even in obese populations), increased cortisol production (which is our main stress hormone), and is actually a pretty strong predictor of weight gain over time.(3),(4),(5),(6)

Think about it this way: remember the two people I mentioned above? The stressed out but thin smoker, and the larger one who gets plenty of sleep?

What if they both developed diabetes and went to the doctor for help?

The doctor would meet with the thinner one and most likely recommend interventions to help manage blood sugar through lifestyle, diet, and movement.

It’s also likely that the person considered overweight would just be told to “lose weight” to cure their diabetes.

Who do you think will have a better health outcome?

And in fact, this view is actually dangerous, because people in larger bodies don’t always receive adequate health care because of an inaccurate fixation on weight.

When you’re told to focus on losing weight, instead of on resolving the underlying issue (with diabetes that could be blood sugar issues), the likelihood of a positive outcome starts shrinking.

It’s also worth mentioning that since weight ≠ health, we can’t make assumptions about someone’s health by looking at them.

When we say things like I mentioned at the beginning of this article like “they look so unhealthy”, we’re probably making an observation about their weight. How someone appears usually has very little to do with their actual health, and we’re doing a disservice to them and ourselves by thinking we know anything about them based on what size jeans they wear.

So if I shouldn’t go on a diet, what should I do?

We’ve been told for so long that dieting is the way to health, it’s understandable to feel confused or at a loss for what to do next if a diet isn’t the solution.

The good news is that it doesn’t involve counting points, fat grams, or pounds; rather than obsessing over weight, focusing on healthy behaviors is the way to work toward health.

Examples of some healthy behaviors:

Focusing on self-care behaviors like these (and not worrying about how they will affect your weight), is a much more reliable, safe, and effective way to pursue long-term health than by trying out another fad diet to drop those last 10 pounds. 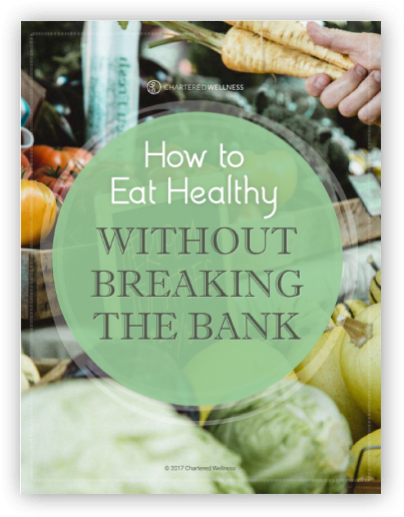